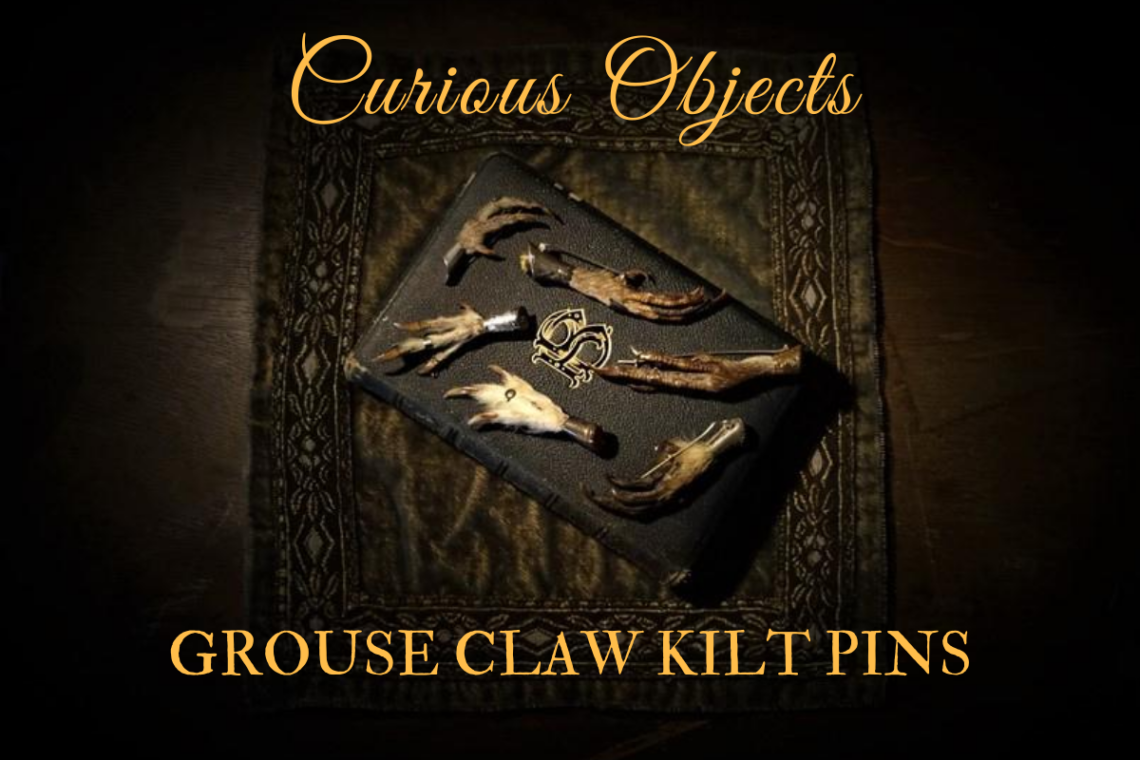 When I acquired my first bird foot brooch, I had no idea that it was a grouse claw kilt pin. I was looking for unusual jewellery, Victorian and very gothic looking, it was perfect for my Curiosity Shop.

Having little knowledge about birds and their anatomy, my brooch looked to me as though it came from a crow or a raven. It wasn’t until much later that I discovered which bird these strange feet belonged to and the history of these unusual pins or brooches.

Grouse are galliformes, a type of ground bird in the same family as chickens. There are four species of grouse in Scotland – red, black, ptarmigan and capercaillie.

It is the red grouse, which is unique to the British Isles, which is traditionally hunted in Scotland. Because of this, the red grouse is Scotland’s national game bird, was their rugby team’s mascot for years and is the emblem of the Scottish whisky of the same name.

The Glorious twelfth refers to the 12th of August which is when the hunting season for red grouse begins. It’s a relatively short season, and runs until 10 December.

The old tradition of grouse hunting dates back to the 1850’s but is becoming less popular as people become more concerned with animal cruelty and conservation. There is also the issue of class difference, since there is a big contrast between hunting and poaching. Grouse shooting has traditionally been a sport for the rich landowners. And, to cement this idea of class, that grouse hunting is aimed towards the upper echelons of society, the birds from the first hunt of the season are rushed down to London, by plane, to be served in the plush restaurants for a top price.

But, grouse hunting is a lucrative business for Scotland and therefore a benefit for all classes. Millions of pounds are made from grouse hunting each year and provides thousands of jobs. The making of kilt pins being one of them.

A Bit of History About Kilt Pins

Kilt pins were the traditional means by which to stop everyone seeing what a Scotsman wears under his kilt! Grouse claw kilt pins were regarded as being lucky for the hunt.

I found the account of grouse foot kilt pins from P L Heineman’s (link below) very amusing. He states that grouse foot kilt pins were a sign of defiance against the Lairds, since they were taken from their lands and made into jewellery. Also, the middle finger being highlighted by the setting of the claw is an indication of ‘giving the finger’! (I’m not sure whether this account is accurate and neither is Mr Heineman, but it’s an entertaining one.)

There is another story related to kilt pins which may or may not be as accurate as the account above. Kilt pins only came into existence in the reign of Queen Victoria. The story is as follows: One day while the Queen was visiting Scotland, she was sitting near to a soldier who’s kilt was blowing open in the wind. This apparently, was more than the Queen wished to see, so she gave her own brooch to the soldier to fasten the kilt. And there you go! The kilt pin was invented!

Kilt pins are used to hold the kilt closed, but not as you’d think. Surprisingly, they don’t hold the two layers of kilt together. This would cause problems with how the kilt hung and more seriously, could cause damage to the kilt. Their practical use is to provide weight.

A Way to Show Wealth

But the kilt pin also developed into a way to show wealth. Instead of the traditional plain blanket pin, the highland Lairds invested in more elaborate and expensive pins. Even the less wealthy highlanders paid the most they could for their ornamentation. These could be handed down to family members or used to pay for funerals for the poorer Scots.

There were three standards of kilt pins. The plain blanket style pin would be used for informal sports dress. A more ornate pin, was worn for formal day wear and the most ornate pins would be worn for special occasions and formal dinners.

So, finally we get to the grouse foot kilt pins. After Queen Victoria passed her decree that gentlemen should wear pins to save her modesty. Grouse foot kilt pins became the traditional type of pin. Using grouse claws for kilt pin ornamentation seems quite logical really, considering that it was grouse being shot.

Also, grouse have unusual and you might say, attracive feet! In winter, they grow more feathers on their legs to combat the harsh weather conditions in the Scottish Highlands. Even their toes become covered with feathers and small scales. These fluffy feet help them to walk on the snow and burrow down in it when foraging for food. They also look much more cute compared to their summer feet.

However, in the early 1900’s it became apparent that the traditional grouse claw pins weren’t working out terribly well. (Perhaps the grouse were exacting their revenege – posthumously!) In his book ‘The Kilt, A Manual of Scottish National Dress’, Loudon MacQueen Douglas highlighted the problems caused by the claw pins. He wrote that whilst dancing, the grouse claws were entangling themselves with ladies outfits.

How embarassing! I can picture it now. Just finishing your dance with the Laird’s wife who you’ve been trying to impress. You try to elegantly walk away but find yourself entangled to the boss’s wife at the knee! Something had to be done.

Measures were put in place to safeguard lady’s best clothes and gentlemen’s kilts. They added leather to the back of the pin or sewed the claw firmly onto the kilt.

They are also becoming more popular, especially for traditional Scottish dress at weddings and other gatherings. There are many websites, video channels and podcasts advising of how to get the best results when using a kilt pin.

Hints on Wearing Your Kilt Pin

Be careful if you’re intending to wear your pin on a kilt – it must be worn in a certain way. If you look closely at their design you will see that there is sometimes a stone on the very end of the pin. This end should always be worn upwards with the claws of the grouse foot facing down.

When wearing the pin as a brooch, to follow tradition, men should follow this example (claw down) but women should turn the pin round (claw up).

But there is a startling difference between the new fluffy types being made today and the old type of pins from the Victorian era.

If you’ve seen a modern kilt pin, you may think that grouse’s cute fluffy feet may be one of the reasons their claws were fashioned into jewellery. But, as you can see from my collection, this wasn’t always the case. 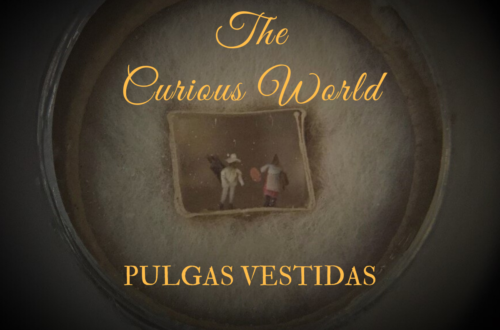